There are so many things that contribute to gender development that the average person doesn’t necessarily consider when thinking through the notion of homosexuality. So, if the question is can the media influence our thoughts on homophobia, the answer simply put is, yes. The media can influence our thoughts on this topic, as well as almost any other. After all, that is why corporations pay so much to have commercials pumped through our favorite shows at a ratio of 5:2, 5 minutes of show time and 2 minutes of commercials.

With that said, the media won’t necessarily change our perception of homosexuality in terms of a 180 degree turn around. Let me explain, if you are intolerant of gay, lesbian and bisexual individuals, TV watching alone won’t likely change your tolerance level to the point that you become completely accepting and the same is true if you fall on the opposite side of this coin. But, if you’re someone who is riding the fence, then that’s a different story and that’s where the influence of TV may play a larger role.

The bigger question for many people considering issues of sexual orientation, homosexuality and homophobia may be where does sexual orientation start or how does someone “become” gay? Wow! That’s a tough one, because as many of you can imagine there is no single answer to this question. What I can share with you are some of my personal and professional thoughts based on what the psychology literature says, what’s consistent with my spiritual beliefs and what my professional experience and personal relationships have taught me.

There’s a growing body of research that supports the idea that gender identity, which is different from sexual orientation, but related, has a biological component. Biological contributors may include prenatal hormone levels and other genetic influences. We don’t usually think of these things when we consider sexuality or gender identity, we focus solely on behavior.

Environmental and social influences also play a role in our experience of gender identity. So things such as; the kind of family we grew up in, what was acceptable, what our faith beliefs are, what our ethnic/cultural background is, and who our primary social influences and role models were all contribute to our gender identity, as well as our self perception in general.

The issue of faith and homosexuality frequently comes up in session when I’m working with individuals who identify themselves as gay, lesbian or bisexual, as well as other cultural issues, especially if they are African-American or Hispanic. This is usually a touchy subject amongst Christians. I was asked on air during a recent episode of the Call Dr. SOS radio segment to address this issue and only had about 15 seconds to respond. Needless to say, it wasn’t enough time. My general approach with this is “judge ye not, lest ye be judged.” I attempt to take the “what would Jesus do approach” when it comes to accepting others where they are.

Many of us confuse acceptance with condoning, just as we confuse forgiveness with condoning. We buy into the notion that we have to choose between being in a loving relationship and condoning a behavior. We don’t.

There’s a difference between accepting a person and disagreeing with their behavior and/or even their beliefs. You don’t have to throw out the baby with the bath water, meaning you don’t have to completely deny the person because you don’t agree with how they express themselves or who they believe they are with regard to their gender or sexual orientation.

Now some of my gay and lesbian friends might view me as saying I view their sexual orientation or identity as a behavior and reject this behavior and therefore condemn them. I disagree with this perspective. In order to condemn you, I have to sit in judgment of you and my first belief when I’m working with any client or patient dealing with any issue or problem is that I am in no position to sit in judgment of him or her.

I am no better, no worse (most of the time). We are all at different points of development and growth and each of us has our own unique path to travel. Just because my path looks different doesn’t mean that my position is any higher or lower, so truly I am unable to judge you for anything you do if I’m trying to be true to my interpretation of what it means to be a Christian. Your behavior is something for you to work out with God.

Now, would I choose it (homosexuality) for myself, obviously not, I’m heterosexual, married with children, but then that brings up the question of is it “always” a choice. This question presents an entirely separate issue that I won’t even attempt to delve into in this monologue. However, I will offer my opinion based on what I’ve seen personally and as a clinician.

It’s difficult to understand how a child as young as 4 or 5 years old identifies himself as a female based on his behaviors, beliefs and innate desires with no other similar influence in the home and/or history of a traumatic experience. I mean, its not just a little boy wanting to play house and be in the role of the mommy. It is a little boy who can in detail describe to you how uncomfortable he feels with his body, who genuinely finds joy in dressing in opposite gender clothes and operating as a little girl.

Some religious groups may dismiss this little boy’s behavior as a “demon” or “spirit” on this child. And while I don‘t immediately rule this out, having witnessed this through my own experiences and coming to the realization through my own conversations with God that spirits exist. When you consider each facet of the question of ‘choice’ in homosexuality is not as simple or black and white as any of us would like it to be.

So the bottom line for me is acceptance (of person) in the truest since of that word. Sometimes accepting is uncomfortable especially when we don’t understand a persons choice, behavior or identity. And I can’t go as far as saying I’m at the point of being able to accept everyone immediately, all the time. Some people do some things that even I find it difficult to remain non-judgmental about, after all I am only human.

What I try to do in those cases, when I recognize my own judgmental spirit is recognize my bias and refer them to someone who may be a better fit if it is a professional relationship. If it’s personal, I attempt to be reflective and ask God what is He trying to show me about me and how should I approach this relationship, if at all. Because, for me, life is about relationships.

I hope this is helpful to someone dealing with gender identity issues or their loved ones. There are many reputable resources available if you’d like more information or assistance on this topic. You can go to www.apa.org for more.

Update:
A colleague of mine, Mark Yarhouse is the executive director of the Sexual Identity Institute. Visit http://www.sexualidentityinstitute.org for more information. 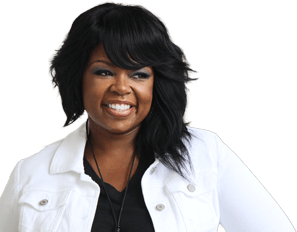 GET THE LATEST RELATIONSHIP UPDATES FROM DR. SOS DELIVERED STRAIGHT TO YOUR INBOX.

Enter your email and first name.

Don't miss the chance to get updates to your Inbox.Doctor SOS sends mental wellness updates, solutions, news, and event announcements to subscribers first.